Feedback from one of our Mosaic Families

I started noticing that things weren’t right with my father about two years ago. Things had been tough on both of us for a while. He and my mother sold their house in Fredericton, New Brunswick after nearly 40 years and bought a condo in Toronto to enjoy their retirement.
They had two happy years together, before my mother died unexpectedly from a stroke.

My father, who has always been introverted by nature, was somewhat stranded here. He didn’t have a support system to speak of. His main challenges were loneliness and grief.
I hired some part-time help to take him out a couple times a week. These weekly visits seemed to be working, but around 2 years ago, I started noticing signs that he wasn’t doing well. He started repeating himself a lot and forget words for even the most basic things.
“What did you have for dinner?”
“Oh, those round flat things, whatever you call them.”

It turns out that my father was in the early stages of vascular dementia.
It was also around this time that I started working at the CNIB. What an amazing stroke of luck that has turned out to be! The Dotsa Bitove Wellness Academy is in the building and so is MOSAIC. I got my father enrolled at the Bitove Academy and I made an appointment to talk to Martha Miller at MOSAIC.

As we sat and talked about my father’s needs I noticed their amazing wall of brochures and since I was somewhat overwhelmed and new to looking after an aging parent, I grabbed as many brochures as would fit in my binder. I happened to take a brochure for the Mt. Sinai Carers program which has turned out to be another one of my saving graces.

I told Martha about my father’s introverted, bookish personality and she listened, taking lots of notes. She explained about “The Meaning of Me document®”, which I thought was just terrific, as my father had a lot to say about his life, he just needed an invitation.

We soon found a match for him and he is doing a lot better. He still struggles with words, and his short term memory is all but gone, but he is being looked after during the day and that has given me peace of mind. I am particularly fond of my father’s weekend caregiver, Virginia, who really connects with him. She plays games with him, takes him for walks and cooks for him. She also is extremely vigilant and protective. I feel that we’re both collaborating in his caretaking: it’s a wonderful feeling.

When I was in the elevator going up to see him in his condo, a neighbour looked at me and asked “are you Tony’s daughter?”
I answered that I was.
“He is looking a lot better!”

I was so grateful and I know that I owe much of that gratitude to the wonderful staff at MOSAIC. 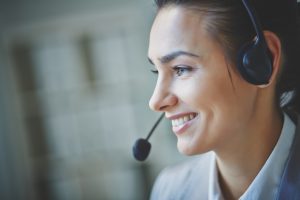